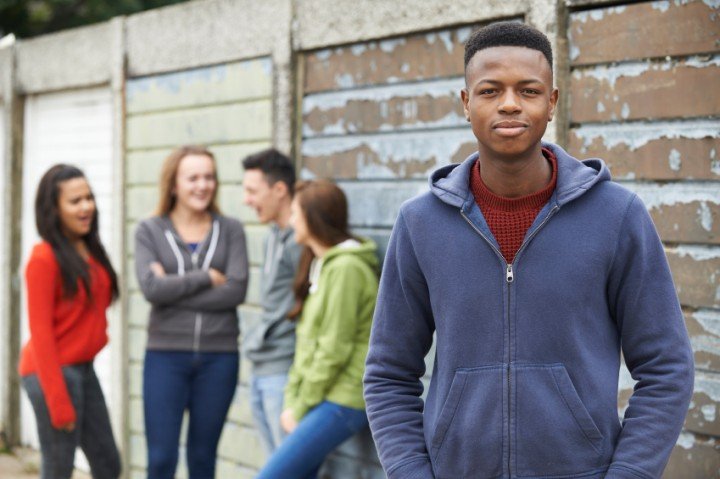 Living with violence at home can have such a devastating impact on a young person’s life.  And no one knows that more than Simon and his mum.

Simon’s family were involved with Social Care because of domestic violence. This young lad had no contact with his father and his mum was heavily pregnant.  Struggling to cope with his volatile life, Simon showed his anger and frustration by behaving badly and lashing out.

Because of his destructive behaviour, he was only allowed to go to school part-time, meaning he only had two hours of lessons a day.  And he had no positive relationships with people his own age.  Having witnessed violence at home, he replicated that behaviour at school and regularly became involved in fights. His mum felt helpless and at a loss as to how best to support her troubled son.

Thankfully, HAY was able to offer Simon the chance to participate in the Youth Bonds Project (YBP).

The staff there liaised closely with Social Care and Simon’s school teachers to identify his particular needs.  And, whereas Simon would be confrontational to staff and students at school, he made an impressive start on the YBP, regularly receiving a seven out of 10 on his report card.

Before long, his report card was covered with ‘10’s – at home and at school – which showed he was gaining the skills and ability to build strong relationships with his teachers and peers.

Simon’s confidence grew and he began to understand that his previous behaviour would lead to serious consequences.

Remarkably, Simon is now seen as a YBP role model and even challenges other young people about their behaviour. He no longer has Social Care involvement, goes to school full time and attends the Hanworth Centre for the weekly lunchtime club run by HAY.

Simon is still supported by YBP staff who couldn’t be more proud of all that he has achieved. They are particularly impressed with the way in which he now respects his mum, how he manages his anger and how he has developed his social skills. During the summer holidays, Simon was rewarded with a much-deserved residential trip as recognition of his incredible progress.

“School holidays are really long and it hard to find things to do. The summer programme gives me so many choices. I can do art, sports, dance, cooking and trips. Its all free and I have had the chance to try things that I didn’t do before” Young person, 13