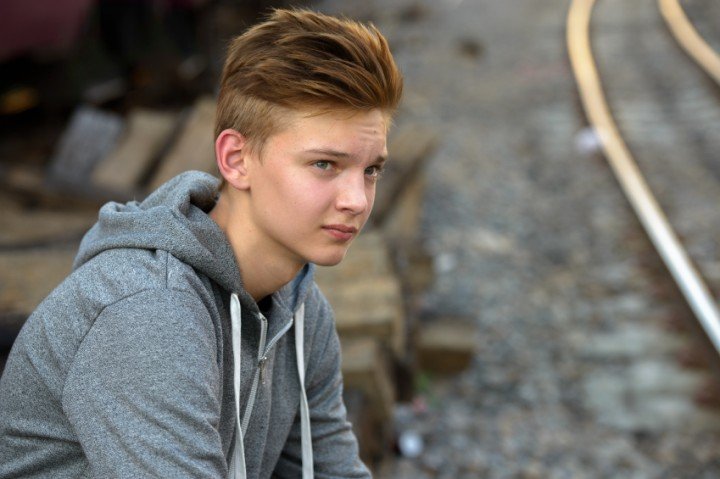 When Zac first came to the Hanworth Centre, his homelife had been traumatic. His father had been convicted of abusing his sister, who left home at age 16, and Zac’s mother believed that Zac may also have been abused by his dad. The family were in a destructive cycle and Zac showed his anger and hurt by behaving aggressively.  His mum didn’t know how to help.

Zac was under the care of the Child and Adolescent Mental Health Services (CAMHS) who referred him to the Hanworth Centre. There, he started participating in the Youth Bonds Project (YBP) and began to form good relationships with the staff.  He was reluctant to engage with the other young people at first, but he liked the activities and behaved well.

The staff realised that they needed to support Zac’s mum to help the whole family overcome the troubles they had faced.

So they taught her behaviour management techniques to help her cope with Zac’s behaviour at home. Although this was beneficial, Zac’s mum still wanted Zac to be “checked” for disabilities that she had read about on the Internet.

Upon her request, CAMHS undertook assessments and concluded that he did not have any disabilities, but his mother was still not satisfied.

The YBP leader had a good relationship with Zac’s mother and decided to be open and honest with her.  She explained that when Zac’s mum made inappropriate comments in front of Zac, it had a detrimental effect on his self-esteem and confidence. She helped Zac’s mum understand that her problems would not be solved by a diagnosis for Zac, but that some counselling would help her stop blaming herself for what had happened at home. His mother agreed, saw her doctor and signed up for various support groups.

As a result, Zac’s mother’s new way of thinking had a positive impact on both of their lives and she now has contact with her daughter again too. Zac has excelled on the YBP and is doing better at school. Although there is still work to be done, the impact made in a short space of time has been monumental for the whole family.