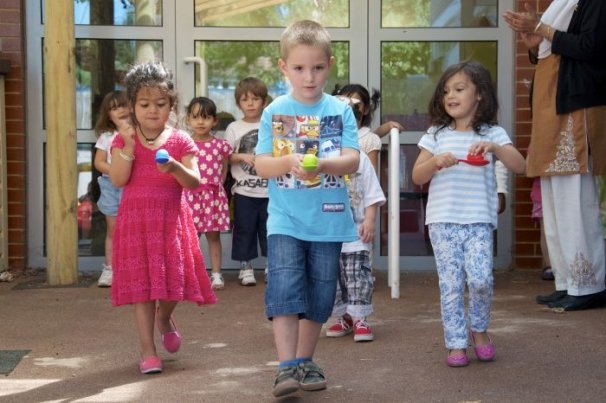 Laura and Rebecca are both 7 years old and attend the FunZone club twice a week. Whilst both girls engage in a majority of the activities, if they felt over shown by a different young person they would display disorderly behaviour and seek attention from staff. The other young people would find this behaviour disruptive and at times felt they need to humour them.

Since the start of the year staff have adapted a different approach with the girls and have been encouraging them to develop to the level of the other young people, as opposed to waiting for the girls to disrupt the activity for them to receive attention. This approach has had a positive impact on the young women and they disrupt the gymnastic activities less and are bonding better with the other young women. They take an active lead in organising mini gymnastic events with their peers instead of disturbing them. Also the girls will be attending the two trips during the half term and are more enthusiastic to engage with current a new members.

Most recently at a TAC, the school expressed concerns that the children would display challenging behaviour as a means of seeking attention and concerns were raised about the children’s eating habits. The girls would chew food and apparently throw it away or hide it. As a result of this information, staff are mindful to encourage them to get involved in the healthy eating workshops with the intention that if they cook it and prepare it, they may be more inclined to finish the food.

Last session they did get involved with their peers and created mini pizza’s which they ate and enjoyed making so staff will be encouraging them to engage in the healthy living workshops after the half term and monitor their progress. Overall the girls are not problematic during sessions however can be outside so potentially some work around boundaries and eating may need to be undertaken with the girls in conjunction with Mum and other professionals on the TAC.