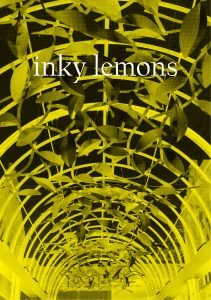 The Mash-Up Memoir writing project for young women in Hounslow was established in 2017 in response to consultations with young women who told us that they felt voiceless and wanted a platform to be heard and to be creative.  We created the unique concept of a mash-up approach to writing to enable young women to experiment with different genres as they developed confidence in their creative abilities.

In the first year of this exciting arts project, over 70 young women took part in writing and performance workshops.   The young women attended writing workshops and received remote mentoring from award-winning women writers from around the country.

Inky Lemons is the anthology of the young women’s writing.  The anthology includes contributions from some of the country’s best poets and novelists.

Mona Arshi is a poet and lawyer. Her début collection of poems, Small Hands, won the Forward Prize for best first collection in 2015.

Helen Calcutt is a poet.  Her pamphlet collection Sudden rainfall  was shortlisted for the PBS Pamphlet Choice Award.

Fran Lock is a poet. She is the author of three poetry collections, Dogtooth, The Mystic and the Pig Thief, and Flatrock.  She won third prize in The Poetry Society’s National Poetry Competition 2014

Rose McGinty is a novelist.  Electric Souk was published in March 2017.

Desiree Reynolds is a writer, DJ and workshop facilitator.  Seduce was published in 2013 and she is working on a collection of short stories.

Kate Wakeling is a poet.  Her first collection of poems for children, Moon Juice won the 2017 CLiPPA Prize and has been nominated for the 2018 Carnegie Medal.

i didn’t know who i was, old man. at school they siphoned my smile by degrees. sluggish nightmare never ending, school. plimsolls, gym slips, clammy angst in changing rooms. the girls were golden fleeces and they hate-hate-hated me; stared into their compact mirrors like mad scientists slaving over cold microscopes, preened and powdered a collectively besieged virginity. day after day. to be blonde and to be wanted! oh, man of la mancha! oh, utmost impossible dream! mondays were dirges and lurgy, ripped-up insoles, impulse perfume. afternoons, spent truant and useless, hid behind bins till it all kicked off.
— Extract from Fran Lock’s poem

The anthology is a mash-up of poems, flash fiction, song lyrics, original art work and music.  There’s something for everyone in this beautiful book.

The young women have been involved in every aspect of this project: developing the project; writing the poems and stories; creating the title; providing ideas for the book cover; and marketing.

If you would like to support the charity in any other way, please go to the Volunteer Section on this website

Even though I am not part of the project anymore, the staff are always there for me. I come to the centre or call them for advice and am never turned away